Proclaimed that expanded human understanding and understanding among nations will help the elimination of discrimination based on differences of race, colour or creed.
Image 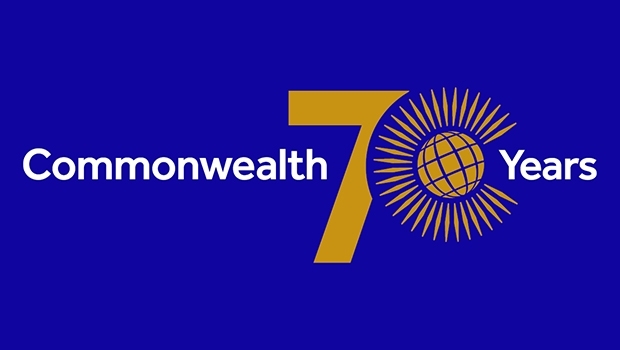 The Commonwealth of Nations is a voluntary association of independent sovereign states, each responsible for its own policies, consulting and co-operating in the common interests of their peoples and in the promotion of international understanding and world peace.

Members of the Commonwealth come from territories in the six continents and five oceans, include peoples of different races, languages and religions, and display every stage of economic development from poor developing nations to wealthy industrialised nations. They encompass a rich variety of cultures, traditions and institutions.

We believe that international peace and order are essential to the security and prosperity of mankind; we therefore support the United Nations and seek to strengthen its influence for peace in the world, and its efforts to remove the causes of tension between nations.

We believe in the liberty of the individual, in equal rights for all citizens regardless of race, colour, creed or political belief, and in their inalienable right to participate by means of free and democratic political processes in framing the society in which they live. We therefore strive to promote in each of our countries those representative institutions and guarantees for personal freedom under the law that are our common heritage.

We recognise racial prejudice as a dangerous sickness threatening the healthy development of the human race and racial discrimination as an unmitigated evil of society. Each of us will vigorously combat this evil within our own nation. No country will afford to regimes which practice racial discrimination assistance which in its own judgment directly contributes to the pursuit or consolidation of this evil policy.

We oppose all forms of colonial domination and racial oppression and are committed to the principles of human dignity and equality. We will therefore use all our efforts to foster human equality and dignity everywhere, and to further the principles of self-determination and non-racialism.

We believe that the wide disparities in wealth now existing between different sections of mankind are too great to be tolerated; they also create world tensions; our aim is their progressive removal. We therefore seek to use our efforts to overcome poverty, ignorance and disease, in raising standards of life and achieving a more equitable international society.

We believe that international co-operation is essential to remove the causes of war, promote tolerance, combat injustice, and secure development among the peoples of the world; we are convinced that the Commonwealth is one of the most fruitful associations for these purposes.

In pursuing these principles the members of the Commonwealth believe that they can provide a constructive example of the multi-national approach which is vital to peace and progress in the modern world. The association is based on consultation, discussion and co-operation.

In rejecting coercion as an instrument of policy they recognise that the security of each member state from external aggression is a matter of concern to all members. It provides many channels for continuing exchanges of knowledge and views on professional, cultural, economic, legal and political issues among the member states.

These relationships we intend to foster and extend, for we believe that our multi-national association can expand human understanding and understanding among nations, assist in the elimination of discrimination based on differences of race, colour or creed, maintain and strengthen personal liberty, contribute to the enrichment of life for all, and provide a powerful influence for peace among nations.

Issued at the Commonwealth Heads of Government Meeting, Singapore, 14-22 January 1971.