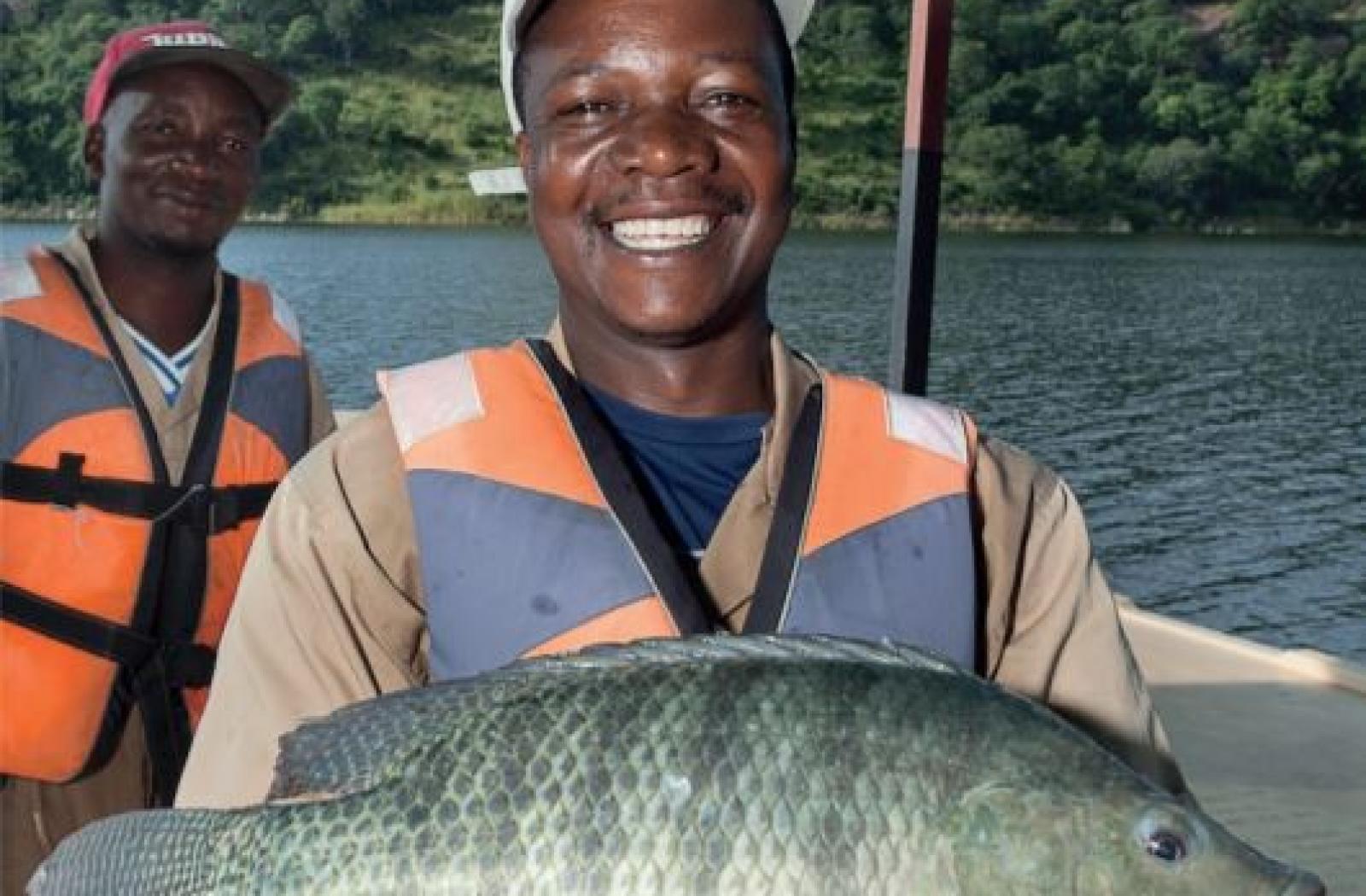 “As the business grows, each iteration becomes less risky. There’s more work to do, but it’s easier. The chance of failure is much less as you move forward and you start building a team.”

A highly experienced management team launched a new project in Cahora Bassa Lake, Mozambique, in 2012 to establish a large-scale, cage-based tilapia farm. The promoters had been involved in setting up the Lake Harvest Fish Farm in Lake Kariba, Zimbabwe, in previous decades, a project that has been the inspiration behind many similar projects in the region.

Chicoa Fish Farm has taken many years to get off the ground as, despite their extensive experience, the promoters found it difficult to find finance for the project and acquire the various permissions. They were eventually supported by the Dutch venture capital organisation Aqua-Spark, and are now in production with 36 cages, a hatchery and associated buildings. They intend to add a feed mill and processing plant, building a vertically integrated fish farm that can also supply inputs, training and possibly finance for other fish farmers in the region.

The project demonstrates the important role that experience plays in setting up a new venture but also the challenges involved in setting the first fish farm of its type in a relatively remote area. Despite these challenges, the project is making good progress thanks to the persistence and vision of the promoters.

Africa imports around 40 per cent of the fish it consumes and, with increasing pressure on fish stocks, capture fisheries cannot meet the demand. According to the 2018 United Nations Food and Agricultural Organization (FAO) State of the World Fisheries and Aquaculture Report, per capita fish consumption in Africa is expected to decrease by 0.2 per cent per year up to 2030, declining from 9.8 kg in 2016 to 9.6 kg in 2030, as a result of population growth outpacing supply. The decline will be even more significant in sub-Saharan Africa.

According to a Mozambique fisheries fact file released by the Southern African Development Community (SADC),  more than half of the country’s population of 27 million people are surviving beneath the poverty line, and per capita fish consumption is at 9 kg per person. Meanwhile, the aquaculture sector is badly underdeveloped, mainly producing prawns, along with some tilapia and seaweed.

Chicoa Fish Farm was established by experienced aquaculture developers Gerry McCollum and Damien Legros to create a blueprint of a vertically integrated fish farm that other farmers can emulate in the region to supply much-needed fish and improve the prospects for people in an under-developed region of Southern Africa.

Gerry McCollum and Damien Legros worked together to establish the Lake Harvest Fish Farm in Kariba, Zimbabwe, in the late 1990s. Lake Harvest was the first large-scale cage-based fish farm in Southern Africa. The initial aim was to produce 3,000 tons per year of tilapia for export to Europe in a project supported by the Commonwealth Development Corporation (CDC). However, as the economic situation in Zimbabwe deteriorated and priorities changed within CDC, the farm was sold to its management team of McCollum, Legros and Patrick Blow, who managed to keep it operating by focusing on European markets. Major new investment came in 2009 through a UK-based venture capital fund, African Century, and the business concentrated on developing regional markets within Africa. Lake Harvest has expanded since then and has been the inspiration behind rapid expansion of cage-based tilapia aquaculture and supporting industries such as aquaculture feed production across sub-Saharan Africa.

Meanwhile, McCollum and Legros moved on from Lake Harvest and in 2012 decided to focus on commercial aquaculture in Mozambique. Chicoa Fish Farm is situated on Cahora Bassa Lake, downstream from Kariba on the Zambezi River. It has good access to Tete’s urban centre and other markets across the region, including Blantyre, Lilongwe, Harare, Maputo and Beira.

The site is in deep water, close to land, which makes it easier and more cost-effective to supervise the cages in a protected bay. It farms Nile tilapia, a fish introduced to the Zambezi catchment in the 1980s that grows rapidly, is easy to breed and can be fed using largely plant-based diets.

The company plans to expand production to around 5,000 tons per year and will build a larger hatchery and feed plant than it needs for its own production with the aim of selling inputs to other farmers in the region. The aim is to supply new farmers with everything they need, from fingerlings, to feed, training and equipment and possibly even financial solutions.

A small settlement called Emboque lies next to the farm. The area is remote and the people are poor. Many do not have schooling and eke out their living as subsistence farmers or fishers. For these people and others across the region, an aquaculture model like Chicoa’s might well offer the chance for a more secure and prosperous life.

Chicoa found it difficult to raise finance but was eventually supported by Aqua-Spark, a Netherlandsbased investment fund that focuses exclusively on sustainable aquaculture. However, there was initial hesitation owing to the fund’s internal policy to invest in on-going concerns rather than start-ups. Chicoa used this investment to install the first cages in November 2015.

Chicoa now has 36 production cages, with a production capacity of 1,200–1,400 tons, in Cahora Bassa Lake, as well as a breeding set-up on the lake, nursery tanks on
land, offices, a feed store and workshops.

The company is now raising funds to increase its capacity to 3,000 MT per year and intend to build a processing facility. It has a new CFO, Jayson Coomer, and a joint venture partner in Malawi handling sales.

It sells whole tilapia on ice in Mozambique but also exports to Zambia, Malawi and countries in Southern Africa.

The company has over 100 employees on the payroll and will also be training and assisting other entrepreneurs to become out-growers or third-party farmers. Chicoa is training and employing people from the local community and offers internships for Mozambican agricultural students from technical colleges.

Chicoa’s first few years were particularly difficult as it was a virgin site and the initial investment time was high. It took two years to secure the land and licences for the farm.

Chicoa also had to deal with poor infrastructure, lowskilled labour, bureaucracy and a lack of supporting industry or institutional framework.

In a relatively remote location, where there are no other similar businesses, vertical integration of a fish farm is essential. It is not possible to depend on others for fingerlings or markets and Chicoa intends to build its own feed mill and processing plant.

The expertise of the Chicoa team has been an important factor in project success.

Chicoa can become a catalyst for growth of the aquaculture industry through supplying high-quality fingerlings, feed and expertise, thus diversifying revenue streams and enabling a positive impact on local communities.