Case study: Belize – Towards Expansion of No-Take Areas in the MPA System 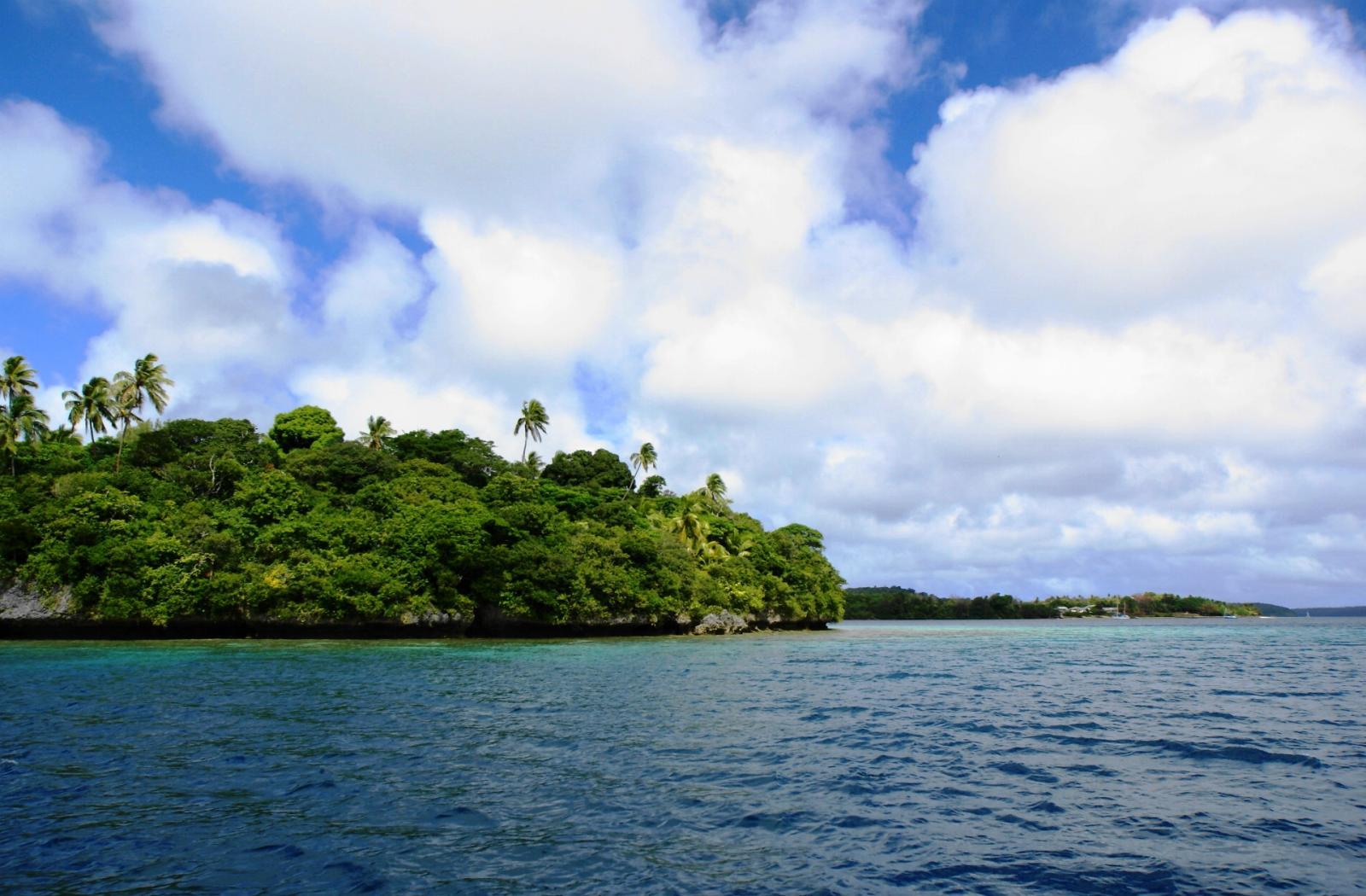 “The fact that our two main commercial species, the spiny lobster and the queen conch, have remained stable for several years is a direct indicator of the success of the combination of protected areas and managed access.”

Belize has a network of 14 marine protected areas (MPAs), with an additional 13 protected fish Spawning Aggregation sites, covering some 23.5 per cent of the country’s marine waters. Only a small proportion of this area is fully protected in no-take areas, and so an initiative was launched in 2013 to identify locations for replenishment zones (the name proposed for areas closed to extraction). This involved a multi-partner programme to gather ecological and socio-economic data and undertake stakeholder consultations. Recommendations for replenishment zones in deep sea areas and re-zoning of three existing MPAs have been approved by government and work is underway to implement these new areas; work is also underway on the remaining recommendations. Two innovative fishery management interventions were developed in parallel, and will contribute to effective management of replenishment zones: 1) a “Managed Access” system whereby fishers are licensed to access certain areas and provided with a mechanism for their involvement in management (described in the Sustainable Fisheries AG case study) ; and 2) the introduction of a new technology and enforcement approaches to assist with reporting.

Belize has a long history of marine protected area (MPA) establishment and management, with an MPA network covering some 23.5 per cent of the Territorial Sea (which covers the area extending out to ~12 nautical miles from Halfmoon Caye). The network comprises:

The 2015 National Protected Areas Act made the following a legal requirement: 1) stakeholder and community consultation and participation in the designation or revoking of protected areas; and 2) the use of a standardised management planning process. Most MPAs are therefore managed through co-management arrangements with non-governmental organisations (NGOs), a term that in Belize includes community-based organisations.

Currently, no-take zones account for 7.61% of territorial waters (approx. 0-20 nm offshore) and 6.28% of the EEZ (approx. 20- 200 nm offshore). Fishing is a key activity for coastal communities, both for domestic consumption and for revenue generation through the tourism industry and exports, notably the lucrative queen conch and spiny lobster markets. The Conservation and Preservation zones have been effective in increasing fish biomass within the Marine Reserves but the extent to which they can protect overall marine biodiversity and enable the recovery of damaged or degraded ecosystems is limited by their small size and fragmented nature (Cox et al., 2017). There is now global consensus that at least 10 per cent and preferably much more of marine waters must be closed to extraction for successful marine biodiversity conservation outcomes and mitigation from climate change impacts (Dahlgren and Tewfik, 2015; Roberts et al., 2020).

The National Replenishment Zone project was established in 2013 through a partnership between the Wildlife Conservation Society (WCS) and the BFD, with the aim of identifying locations for new or larger no-take zones. These are called “replenishment zones” and are designed to ensure representation of all major marine habitat types in the MPA network, including open deep sea areas that are currently under-represented. The project involved an international collaboration of scientists, led by Belizeans, who worked to identify the new areas, combined with a lengthy process of consultation with stakeholders, which resulted in widespread support and a commitment to stewardship from coastal communities. Technical guidance for the identification of the replenishment zones was developed with support from The Nature Conservancy (TNC) (Green et al., 2017). The proposed new replenishment zones were identified through an evidence-based process, using the software programme MARXAN, which helps identify locations that will maximise potential ecological and socio-economic benefits of national interest while minimising disruption to livelihoods of stakeholders (note to final editors – we could cross refer to the Seychelles case study, where MARXAN was also used ).

A two-phased approach was recommended by the members of the National Replenishment Zones Steering Committee, with Phase 1 focusing on deep sea areas and rezoning of three existing protected areas. WCS first carried out a scientific review of existing areas closed to fishing in order to identify their ecological and socio-economic benefits to Belize. Consultations were held with fishing communities and other stakeholders, particularly commercial and sport fishers, given the inclusion of deep sea areas. The information from the review and anecdotal information collected through community focus group sessions led to the development of a weekly radio drama Punta Fuego about a fictional fishing village, with stories about illegal fishing. A phone-in segment, Talking Fuego, allowed people to discuss their concerns and led to much improved communication and engagement.

In order to be able to implement no-take zones successfully, it is globally recognised that mechanisms are needed to ensure fisher buy-in and to create incentives for compliance. Until 2016, the marine waters of Belize, as in many other countries, were considered “open access” for fishers: adult Belizeans could obtain a commercial licence to fish, provided that gear and (in the case of conch exports, quota) regulations and MPA legislation were respected. The two components that contributed to improved compliance were the introduction of managed access (described in the Sustainable Fisheries AG case study) and new approaches to enforcement, using developments in technology.

The free software-based system, the Spatial Monitoring and Reporting Tool (SMART), was developed by a group of conservation organisations1 for use in both terrestrial and marine protected areas. This enables patrols to more efficiently monitor human activity including hunting and fishing, undertake biodiversity monitoring and improve enforcement and data analysis (WCS and BFD, 2017). It has been adopted by 12 governments, and is now being used globally in over 600 protected areas, including 40 MPAs. The SMART software, a mobile app with an analysis and mapping interface that can be customised, enables the collection, storage, analysis and communication of data on patrol efforts (e.g. time spent on patrols, areas visited, distances covered), patrol results (e.g. arrests made), threat levels and other enforcement activities on electronic tablets. The developers provide training in its use and a set of best practices for its effective implementation.

A second new technology being studied for improved compliance and monitoring is drones or unmanned aerial vehicles (UAVs). These offer a low-cost solution for identifying infractions and monitoring megafauna (such as turtles, dolphins, and sharks), avoiding the use of costly boat fuel (López and Mulero-Pázmány, 2019). In Belize, as in many countries, patrolling is normally done in small boats, which makes it difficult to cover large areas or undertake systematic surveys for megafauna. With the support of the Zoological Society of London (ZSL) and WCS, and following a pilot study at Glover’s Reef Marine Reserve, trials are underway at Turneffe Atoll Marine Reserve,2 using water-landing and waterproof fixed-wing, long-range, multi-camera drones. Additional trials are underway at South Water Caye and Sapodilla Cayes Marine Reserves with a waterproof drone obtained through a EU grant.

The National Replenishment Zone project ran for six years from 2013 to 2019 and was led by The National Replenishment Zones Expansion Steering Committee, which included the BFD as Chair, WCS as Secretary, the Environmental Defense Fund (EDF), TNC, Belize Federation of Fishers, Belize Fishermen Cooperatives, the Coastal Zone Management Authority and Institute, Belize Forest Department, the National Protected Areas Secretariat, Belize Coast Guard, the Healthy Reefs Initiative, the Association of Protected Areas Management Organizations and Toledo Institute for Development. Funding was provided primarily by WCS (from the Oak Foundation, a UK Darwin Initiative Grant, the Summit Foundation and the WCS MPA Fund) with contributions from TNC and the Belize Marine Climate Change Adaptation Project (a World Bank project under the BFD).

In April 2019, the Government approved a joint proposal from the Ministry of Fisheries, Forestry, the Environment and Sustainable Development and the Ministry of Tourism and Civil Aviation to create the first phase of a series of fisheries replenishment zones. Preparation of Statutory Instruments for the new replenishment zones is on-going. The Phase 1 expansion, when implemented, will cover 11.6 per cent of Belize’s marine waters in open or deep sea areas ranging from 200 m to 3,000 m deep, including the most under-represented habitats in the current MPA network. The proposed replenishment zones lie either within or adjacent to the existing MPAs (with the exception of Port Honduras Marine Reserve) as well as in deep waters (see Map). The latter includes an area, covering 6.28% of the EEZ, that extends beyond the Territorial Sea, south of the Sapodilla Cayes Marine Reserve, which was expanded in 2020 to protect the Corona Reef, at the south-western end of the Cayman Trench. Phase 2 will cover the inshore areas, and requires more engagement, as these areas are most actively used by stakeholders.

Piloted first in 2011, the Managed Access initiative (see the Sustainable Fisheries AG case study ) was initially designed to provide a system that would allow access to fishing within the General Use zones of marine reserves only to bona fide fishers (Martinez et al., 2018) but the success of the pilot initiative led to a national roll-out in 2016 across the Territorial Sea. This means that licensed fishing communities have secured, dedicated access to their own Fishing Area, thereby reducing competition and the incentive to fish illegally. At the same time, communities must take responsibility for helping manage their Fishing Zones and must observe all regulations within their zone including those for no-take areas (see Sustainable Fisheries AG case study).

To help increase the efficiency of enforcement operations, WCS introduced SMART. The Ministry of Fisheries, Forestry, Sustainable Development and the Environment, and its corresponding departments, the BFD and the Belize Forest Department, officially adopted the system in 2018. Today, all marine managers, including BFD and NGO co-managers throughout the country, use SMART or SMART Connect (which allows data entries to be linked directly to the national database) to better plan and coordinate patrols. Use of SMART has resulted in the identification of high-priority enforcement areas where there is a greater chance of detecting illicit activity, which means that resources can be deployed more cost-effectively.

More effective management and deployment of patrols and resources has led to an 85 per cent decline in the number of MPA fisheries infractions, and at Glover’s Reef there are anecdotal accounts of a noticeable decrease in infractions since 2009. According to the 2020 Mesoamerican Reef Report Card, Belize now has the highest Reef Health Index in the Mesoamerican Barrier Reef region3.

COVID-19: The greatest current environmental, as well as economic and social, challenge for Belize, as for most countries, is recovery from the COVID-19 pandemic. All countries and MPAs around the world have suffered a massive negative impact. With the cessation of tourism, many sources of income have dried up. MPA managers have had to focus on ensuring the safety and security of their staff. Reduced visitor numbers and disrupted supply chains for fishery products have significantly affected the livelihoods of local communities that may normally both depend on and help manage MPAs. MPA management is focusing down on core operations to maintain basic functioning. However, there is consensus that effectively managed MPAs will be more resilient and that a sustainable managed ocean, encompassing MPA networks of adequate size, will be an essential component of recovery.

Dahlgren, C.P. and Tewfik, A. (2015) “Benefits of No-take Zones for Belize and the Wider Caribbean Region”. Proceedings of the 67th Gulf and Caribbean Fisheries Institute, Christ Church, 3-7 November.

Green, A., Chollett, I., Suárez, A., Dahlgren, C. et al. (2017) “Biophysical Principles for Designing a Network of Replenishment Zones for the Mesoamerican